Wondering about type of food allergies, how food allergies differ from food intolerances, or how your body responds to them? We answer your questions in this article. 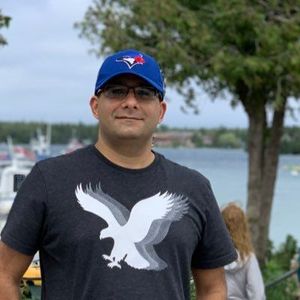 It is estimated that almost one in ten Canadians suffer from food allergies and this number is rising. For example, in the past, only about 7% of people said they had a food allergy. In 2016, that number grew to 9%.

Based on these numbers, there is a very good chance that you or someone you know suffers from food allergies. For a better understanding of food allergies, let's review the basics.

What are food allergies?

A food allergy occurs when the body’s immune system sees certain food proteins as harmful and reacts by triggering an allergic reaction.

You might be wondering what is the immune system. The immune system is the part of the body that protects us from any infection, like viruses, bacteria and other foreign particles which are outside the body.

As such, you could say that if your immune system perceives proteins in certain foods as harmful and triggers an allergic reaction, you are allergic to those foods.

Food allergies can be of two broad types:

🧠
IgE antibodies are protein molecules. You can think of these as Y-shaped small antennae. These lie on the surface of allergy cells called mast cells and basophils and detect a specific food protein , for example, cow's milk protein.When these IgE antibodies come in contact with the food protein you are allergic to, they signal the allergy cells to release chemicals such as histamine which then produce allergic symptoms.
💡
Histamine is a chemical compound that is produced by the body and released as part of an allergic reaction. Histamine causes inflammation and allergic symptoms such as sneezing, watery eyes, and skin rashes. It also causes stomach problems such as nausea and diarrhea.

2. Non-IgE mediated food allergy
This term is used when one's immune system reacts to sudden exposure of the food allergen to cause symptoms but does not involve IgE antibodies during the process. This type of food allergy is also known as "cell-mediated" food allergy.

Instead, intolerances are caused by small molecules that are found in food that are not readily digested by the body. This causes the symptoms such as indigestion, gas, bloating or diarrhea. For example, lactose intolerance happens when one's body cannot digest lactose due to insufficient production of an enzyme called lactase.

💡
Lactose is a kind of sugar present in cow's milk.